I started out with form from Ivan Turgenev. I was very much impressed, not only with form but with their use of peasantry, how they used their serfs. And I think their serfs are used much more humanely in their fiction than, say, the slaves were used, or the blacks were used, by many of the southern writers. I remember Tolstoy says, you just watch a serf, just watch him. He'll never tell you the truth. He's going all the way around this thing. He says, now if you watch closely, you'll figure out the truth, but, boy, he's going to lead you all through the swamps, all through the woods, and then you get it. Then you get the truth out of him. And I learned that from just listening to these guys tell a story.

In My Father's House

Gaines has stated that Ivan Turgenev's Fathers and Sonsimpacted his writing and the novel In My Father's House. At the Academy of Achievement, Gaines talks about the influence of Turgenev's novel on his own writing. In an interview from The Missouri Review, Gaines discusses the influence of Turgenev on his writing and the ability to listen to the speech of those around him.

In My Father's House - Related Materials

This is a two page prospectus for the novel that would become In My Father's House. 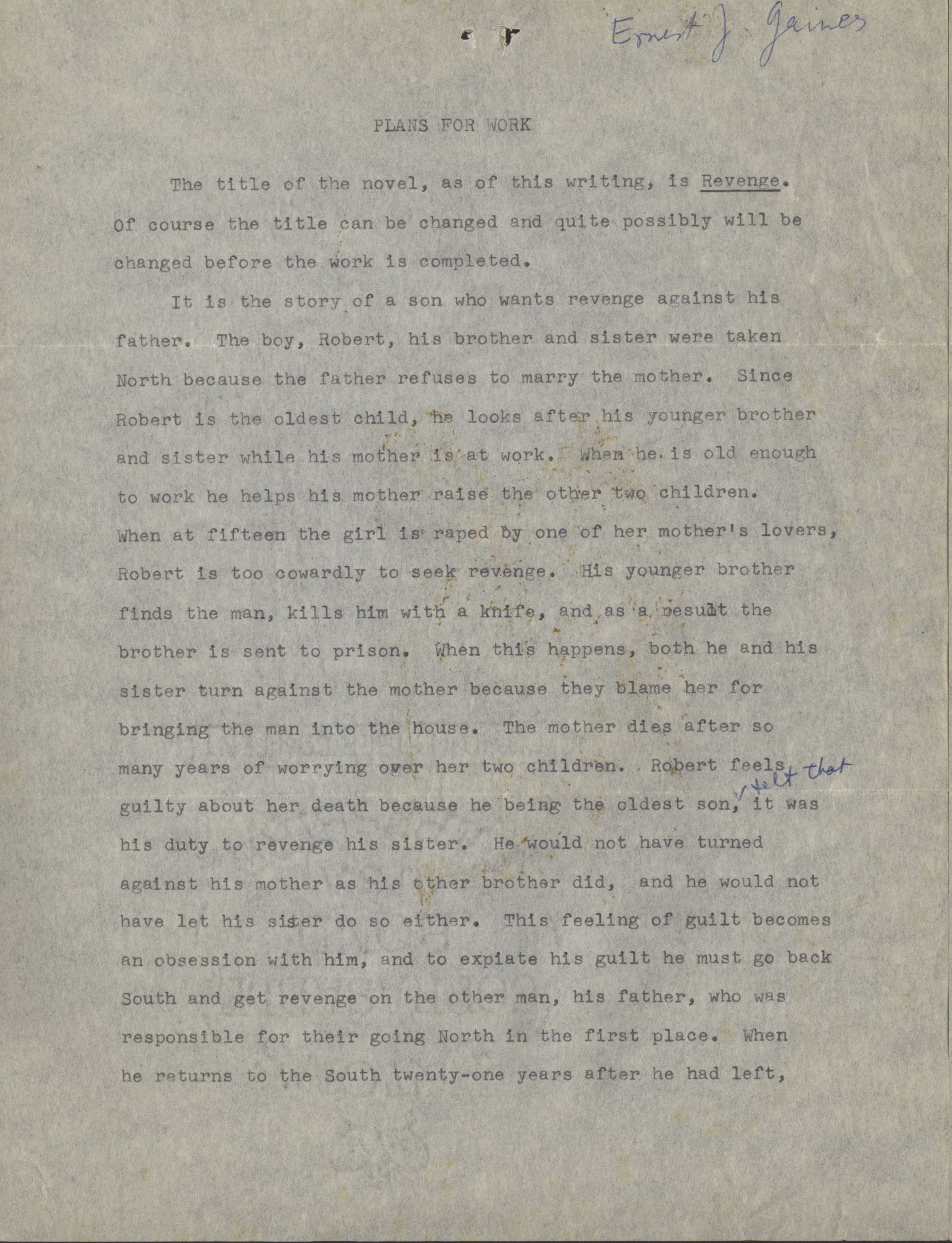 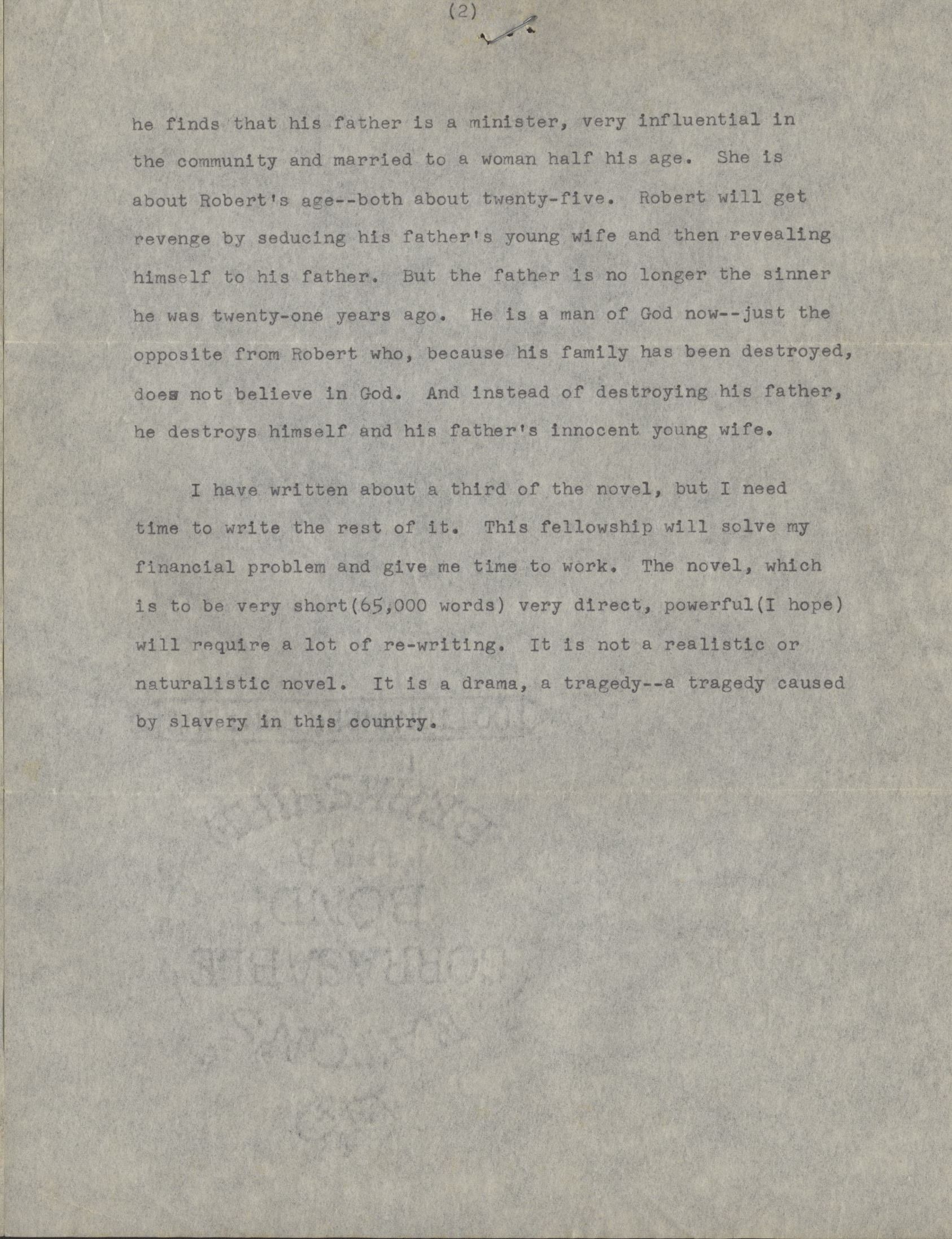 Reviews for In My Father's House

Reviews for In My Father's House 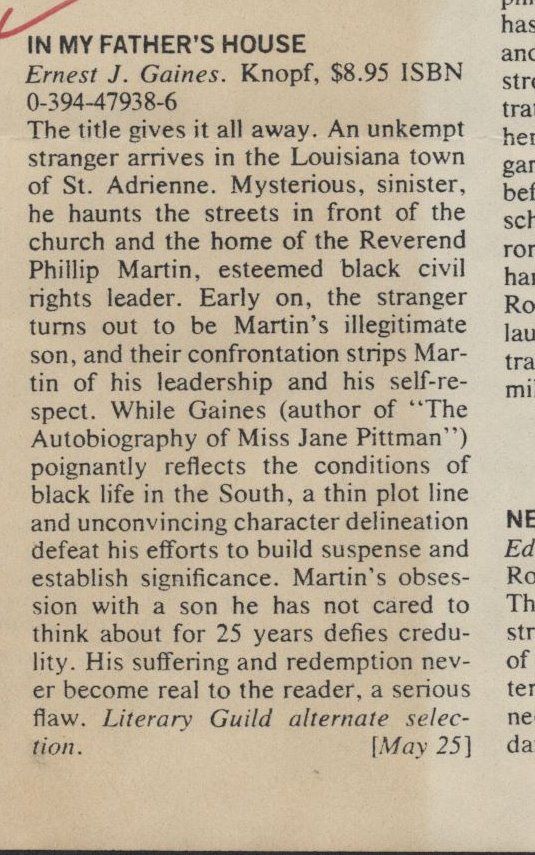 Dorthea Oppenheimer General Notes on In My Father's House 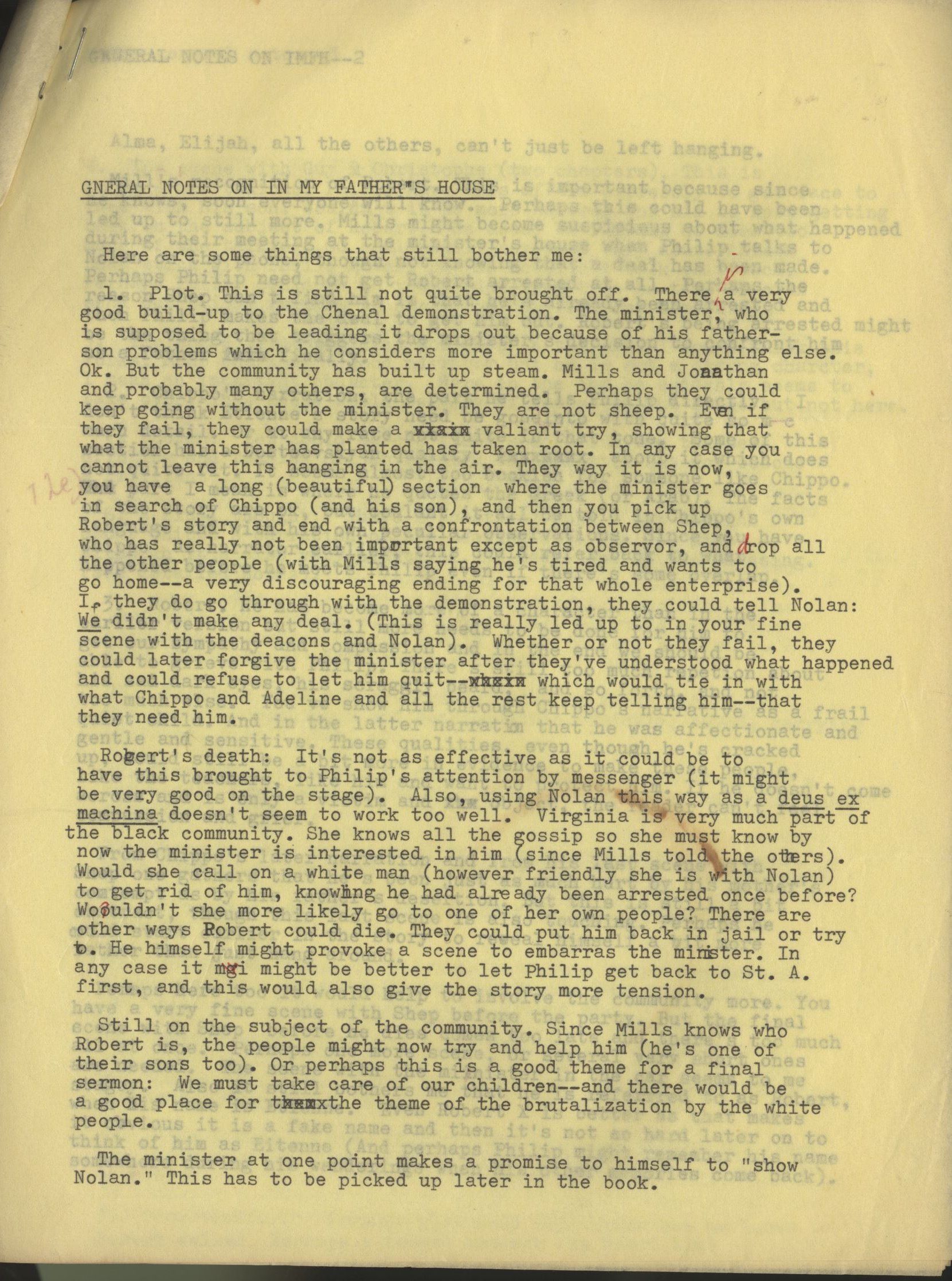