Gaines has said that African American authors did not influence him as he worked to find his voice. However, he has stated that Jean Toomer's Cane would have had an impact on him if they did. When reading Bloodline, think about the short story cycle and the writers who influenced Gaines. However, in conjunction with these authors, also think about African American short story cycles as well. Even though they did not influence Gaines, Bloodline is in conversation with them. These include Charles Chesnutt's The Conjure Woman, and Other Conjure Tales, Jean Toomer's Cane, Langston Hughes' The Ways of White Folks, and Richard Wright's Uncle Tom's Children. Alice Walker cites Gaines as an influence. In the letter, Walker writes to Gaines about his use of dialect. For comparisons, look at Walker's "Everyday Use" (PDF) in relation to Gaines' stories here.

"One of the good things that happened when I was studying writing at San Francisco State, as well as at Stanford, was they taught me technique, not telling me what to write, but how to write it and how to write it better. I was not pushed with a lot of political ideas. I was not pushed with demands to write about race or anything else. They said write what you want to write about, bring it in, and we'll discuss. And they discussed it more from a technical point of view. I try to teach now from a technical point of view. My students can write about anything they want. I don't care what they write about, born-again Christian, Klansman, or anything you want to write about, as long as you write well. If you don't write well, then I have to criticize it. And fortunately, that was what I needed at the time.

"I always knew what I wanted to do. I had to find a way in which to do it. For example, before I wrote "The Sky is Gray," I had to read Eudora Welty. I was assigned once to read "A Worn Path," and I thought, "This is a great story." I read "A Worn Path" at least ten years before I wrote "The Sky is Gray." When I went to write "The Sky is Gray," I knew a model, just as I did in "A Long Day in November," with the first part of Faulkner's The Sound and the Fury. These are the kinds of things I learned, and these are the kinds of things they were helping me with, [Wallace] Stegner at Stanford and Stanley Anderson and Mark Harris at San Francisco State. They were telling me to read these things."

Interview With Gaines on Bloodline

"[T]here's the progression in ages as well as experiences [in "Bloodline"]. A six year old [in "A Long Day in November"] would not experience what Procter [in "Three Men"], the eighteen or nineteen year old would experience. The six year old child-all his action is in the quarters; the eight year old child [James in "The Sky is Gray"] moves out of the quarters, and he goes into a small Southern town, which gives him a feeling of much of what a small Southern town would be like. He meets whites, he finds there are certain areas where you cannot go. In the plantation, in the quarters, he could go almost anywhere; everybody knows him, so he can move around; that's his home, that's everything. Then he moves out of that, just like the six year old boy, who doesn't want to come out from under the covers when the mother's trying to get him out because he knows it's cold out there. The eight year old kid begins to feel all these things when he moves out and stands on the road to catch the bus going to Bayonne Institute. He has to walk to the back of the bus and all that sort of thing-there's a little sign. So he sees so much more than the six year old child can see. And in "Three Men," there's a murder; one has committed a murder. So that gets you into different experiences. When one takes a life, he's different from any man who's never taken a life." (New Orleans Review 3.4, 342) 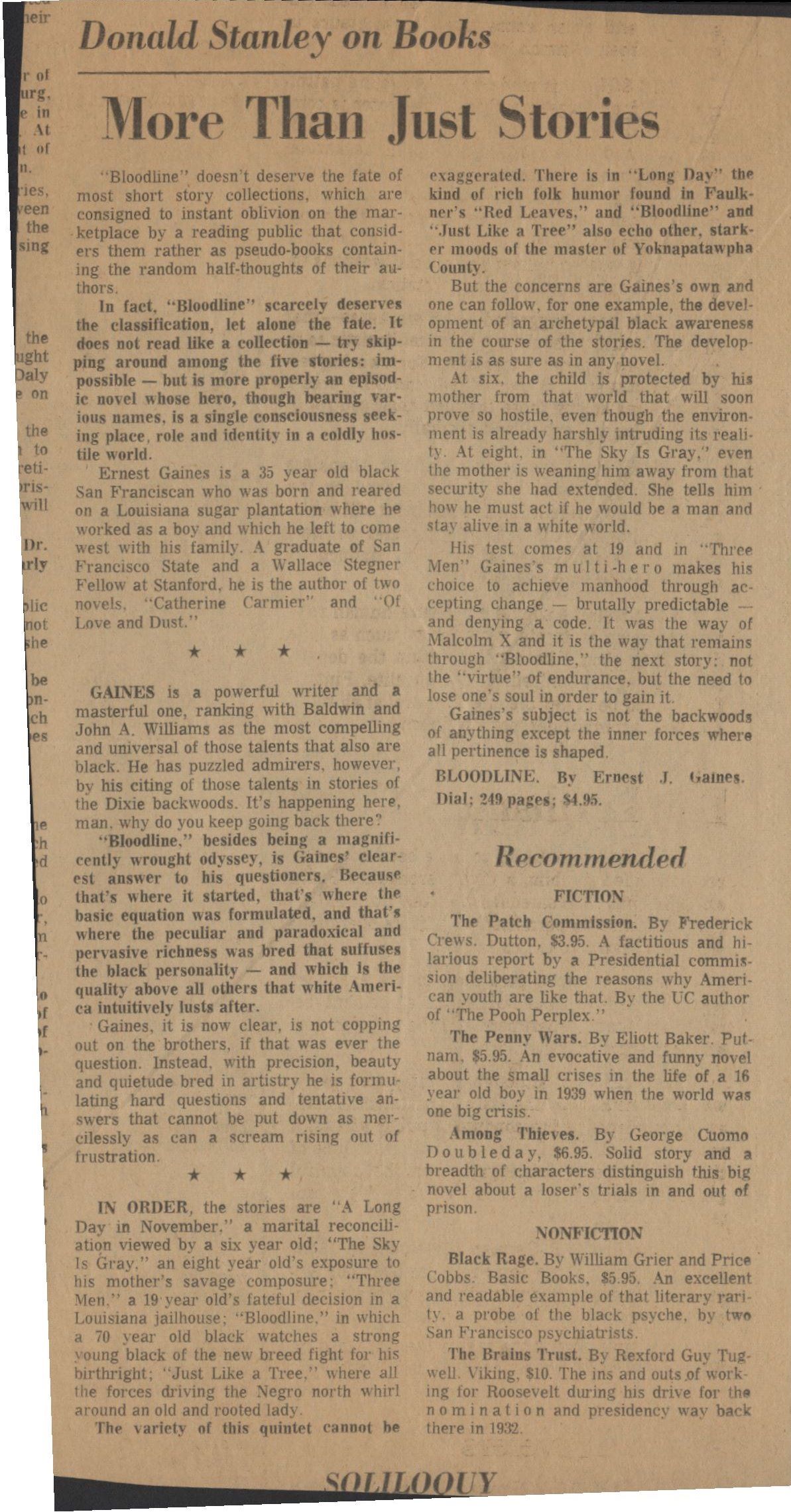 Editorial comments for "A Long Day in November" 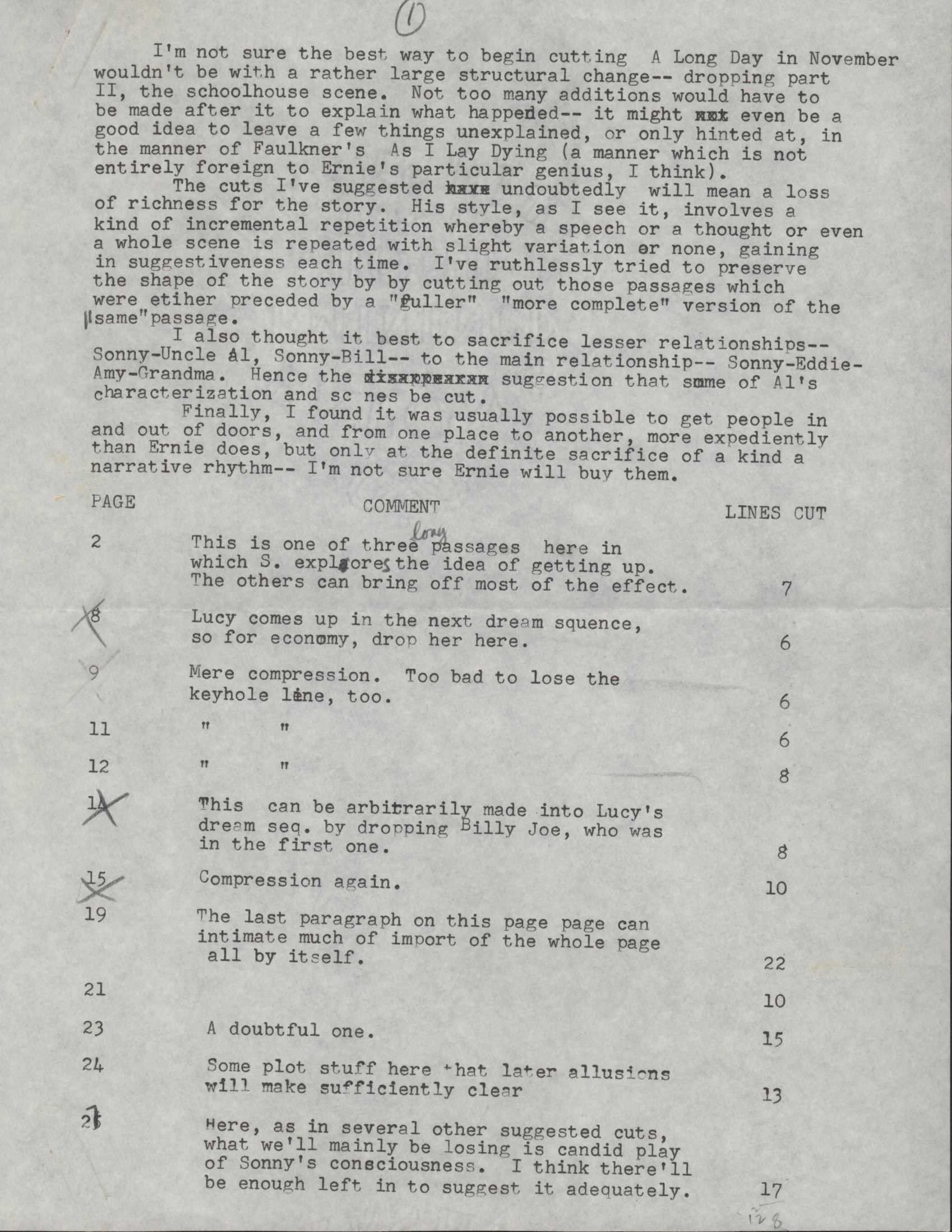 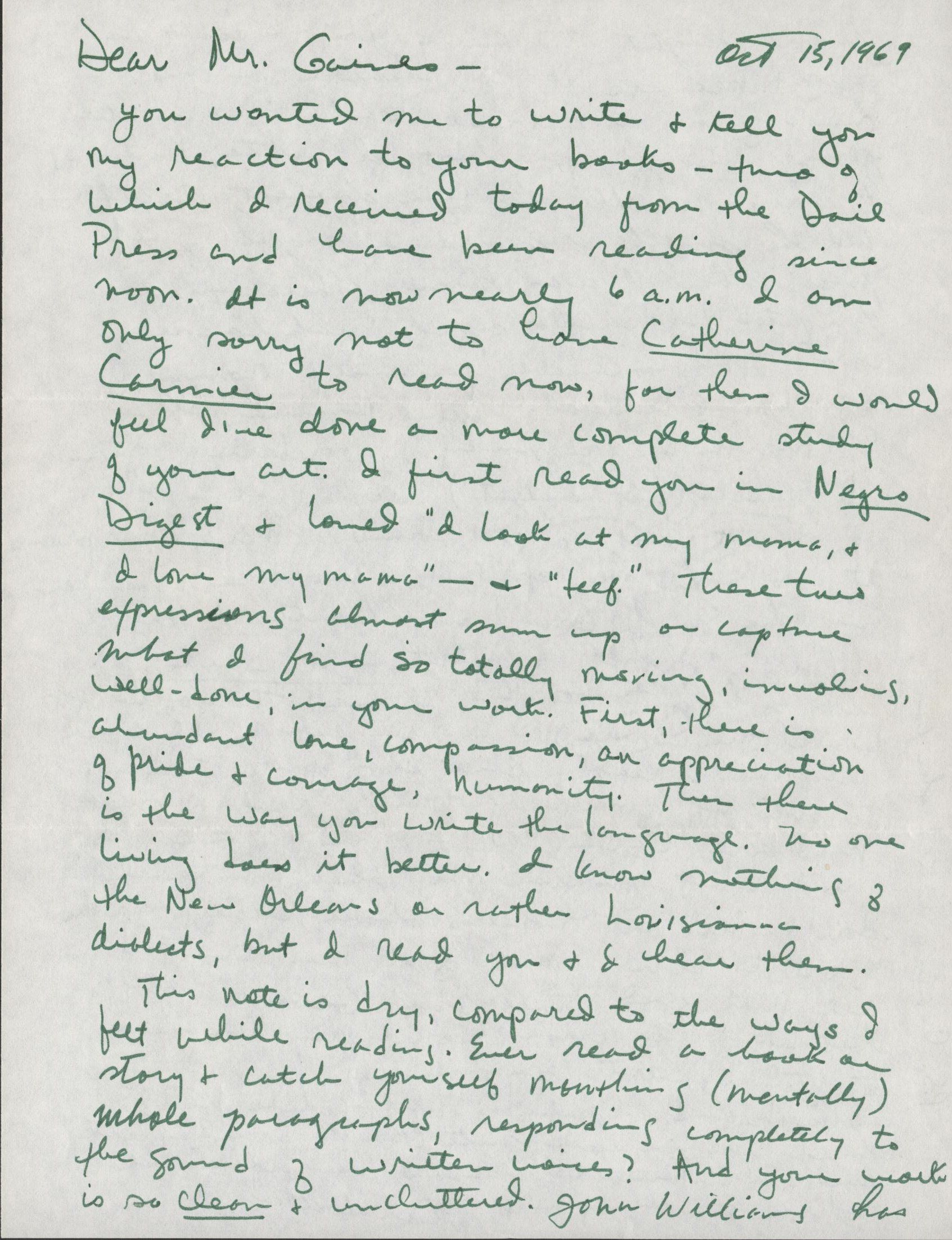 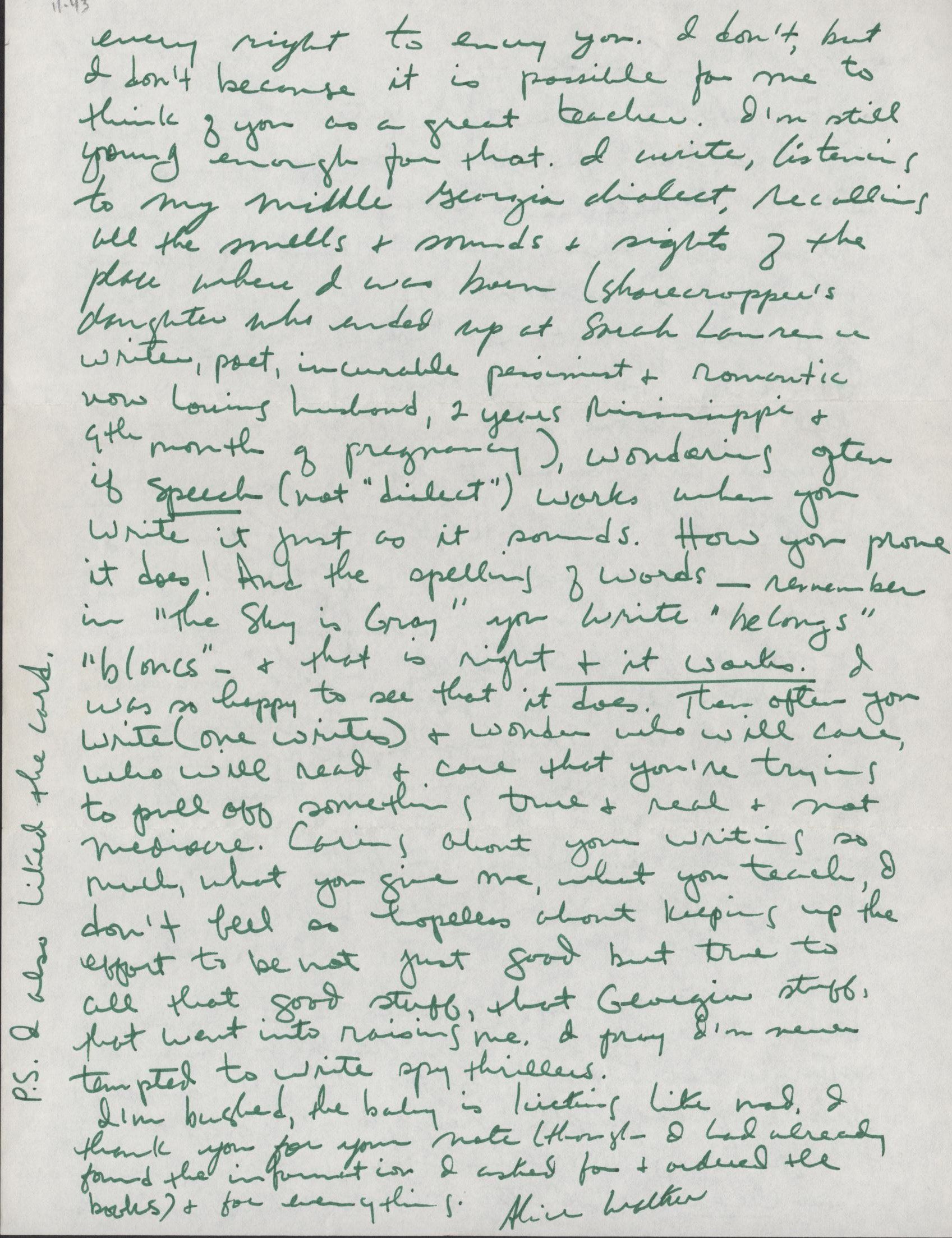