Items From the Collection 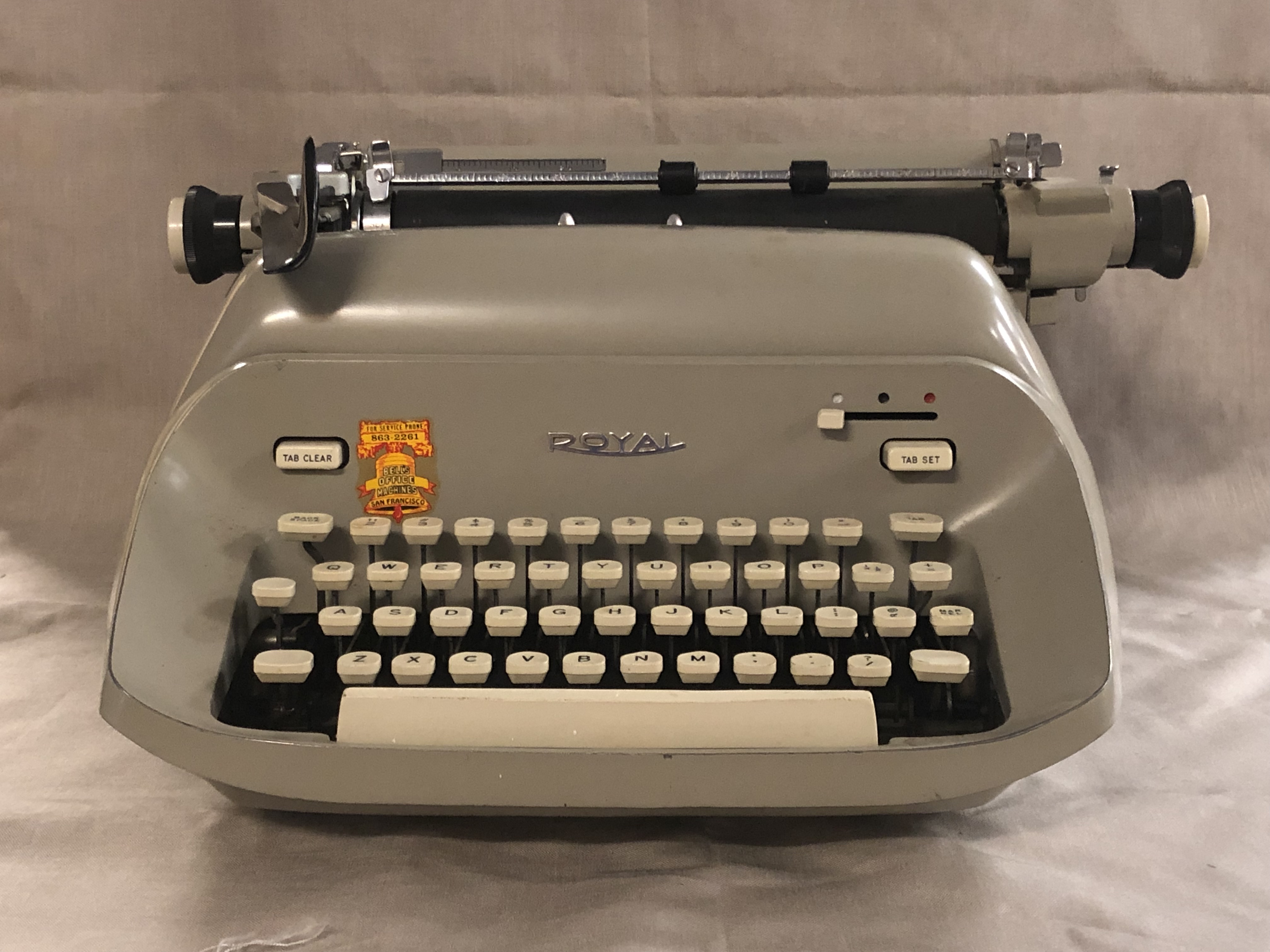 Typewriter Used to Write The Autobiography of Miss Jane Pittman

Page comes from Being Louisiana 200 Years of Statehood: A Catalog of Louisiana Artifacts. 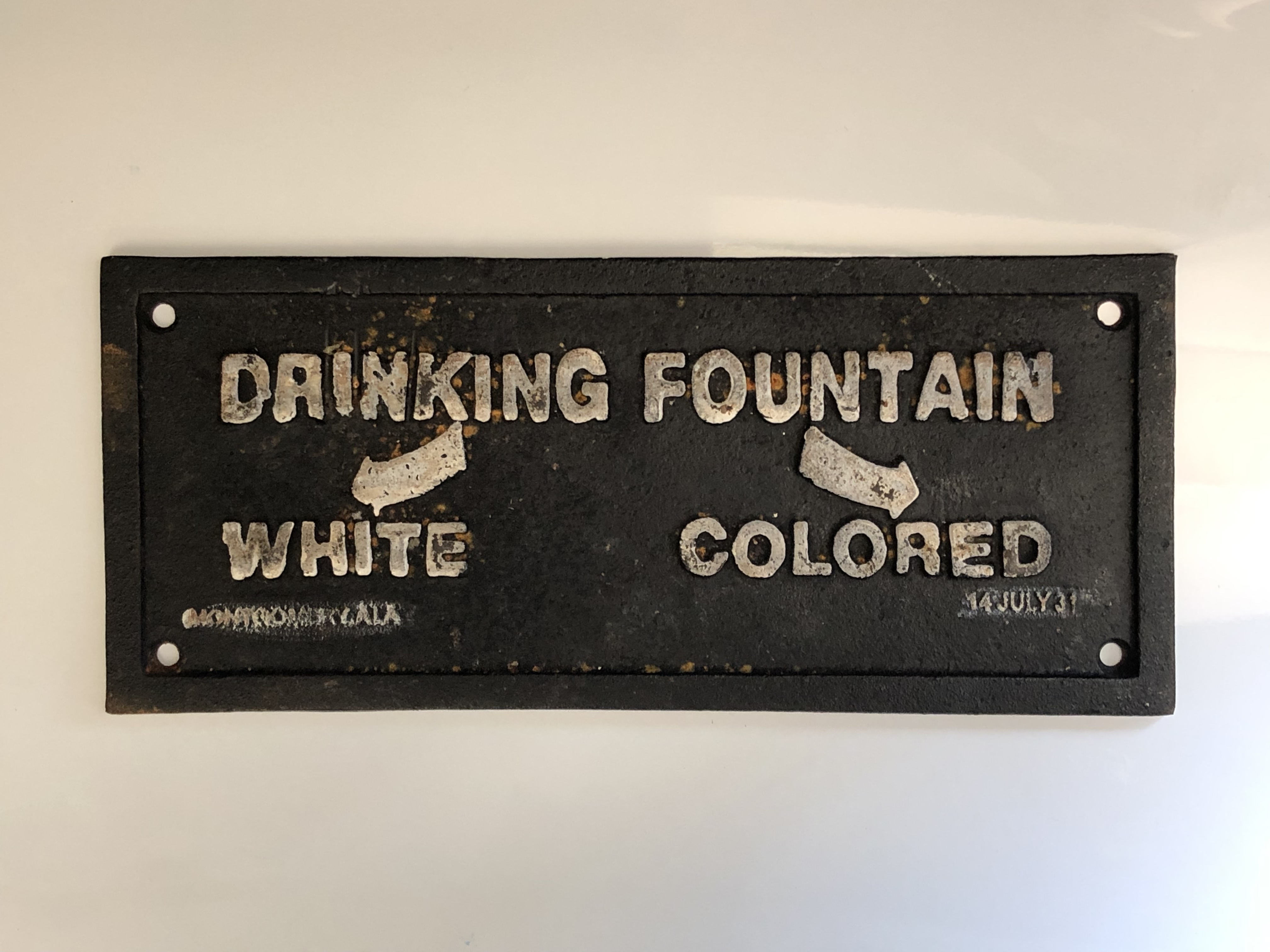 Though this sign is from Montgomery Alabama, Dr. Gaines describes the Jim Crow system in his novels. Jim Crow Laws legally segregated the Southern states. African Americans entered separate entrances in public facilities, drank from different water fountains, and were not allowed to go to school with white southerners, who often had better quality facilities. The South introduced segregation legally in the form of Jim Crow laws, however, racism and segregation existed outside of the region. This is also reflected in Dr. Gaines' novels and his personal accounts of living in California. 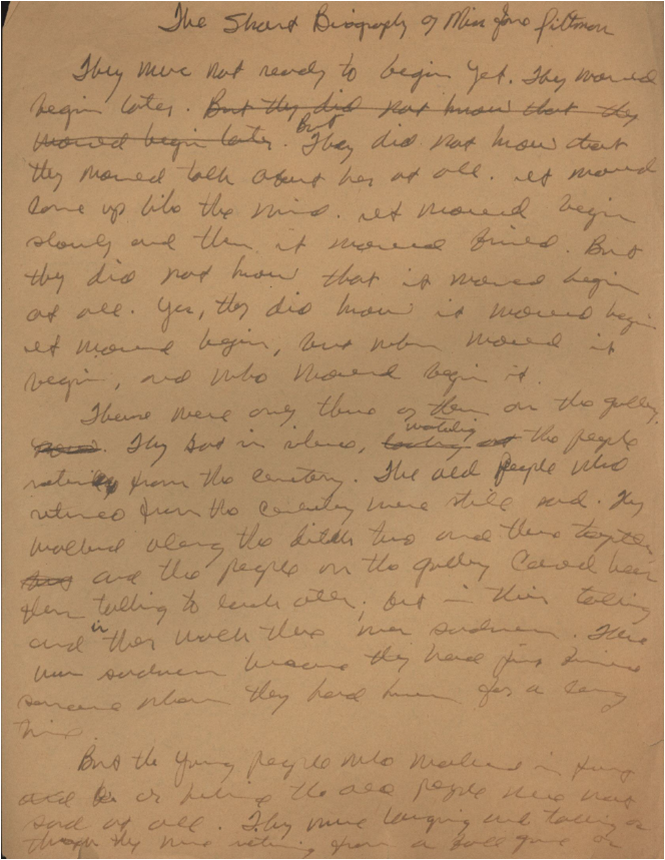 There were only three of them on the gallery. Now They sat in silence, looking at watching the people returning from the cemetery. The old people who returned from the cemetery were still sad. They walked along the ditches two and three together and the people on the gallery could hear them talking to each other; but—their talking and in their walk there was sadness. There was sadness because they had just buried someone whom they had known for a long time.

But the young people who walked in front and or or behind the old people were not sad at all. They were laughing and talking as though they were returning from a ball game or 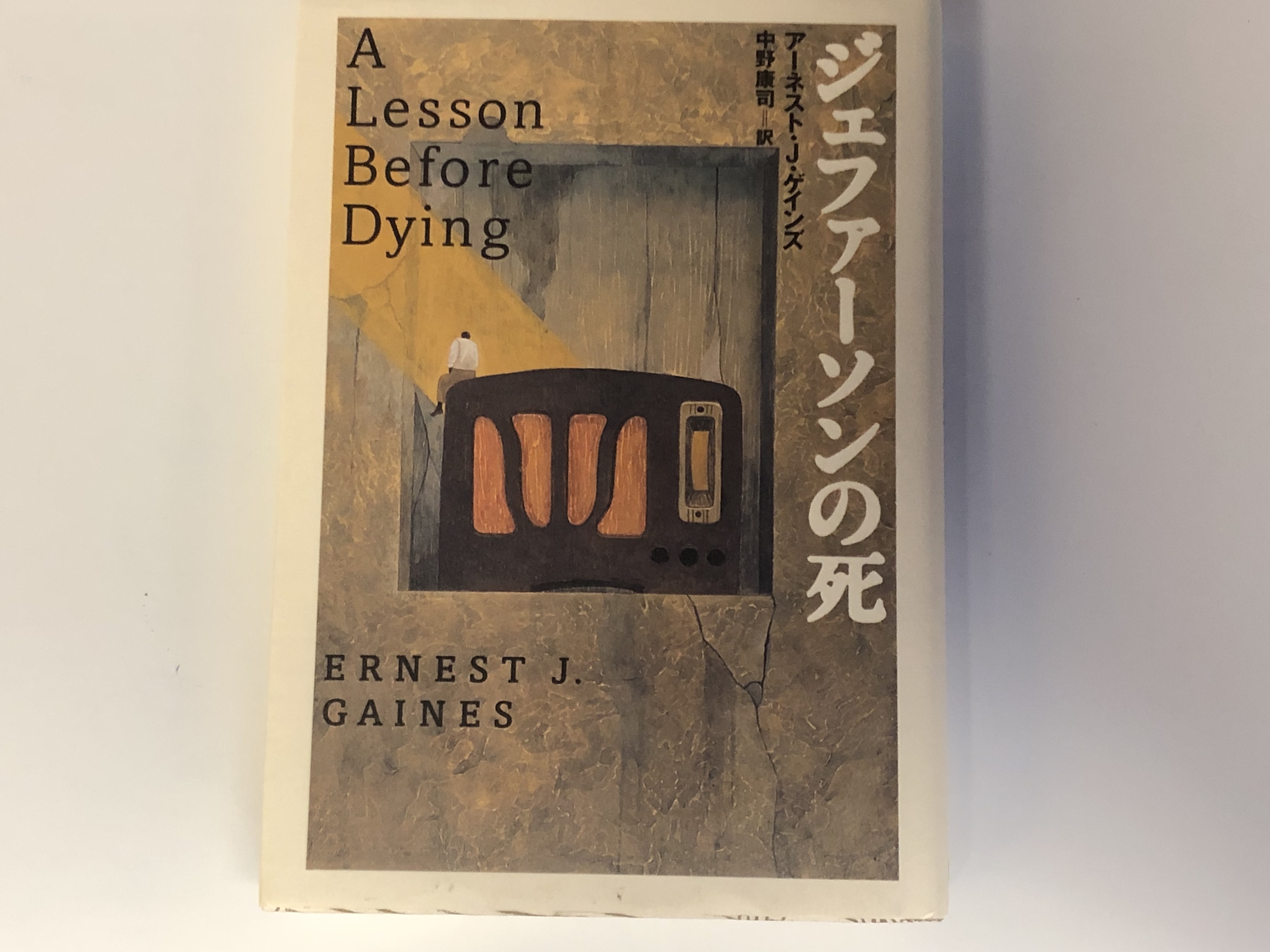 Japanese Edition of "A Lesson Before Dying"

Dr. Gaines's novels have been translated into 18 languages. Those languages include Hebrew, Japanese, German, Norwegian, and French. 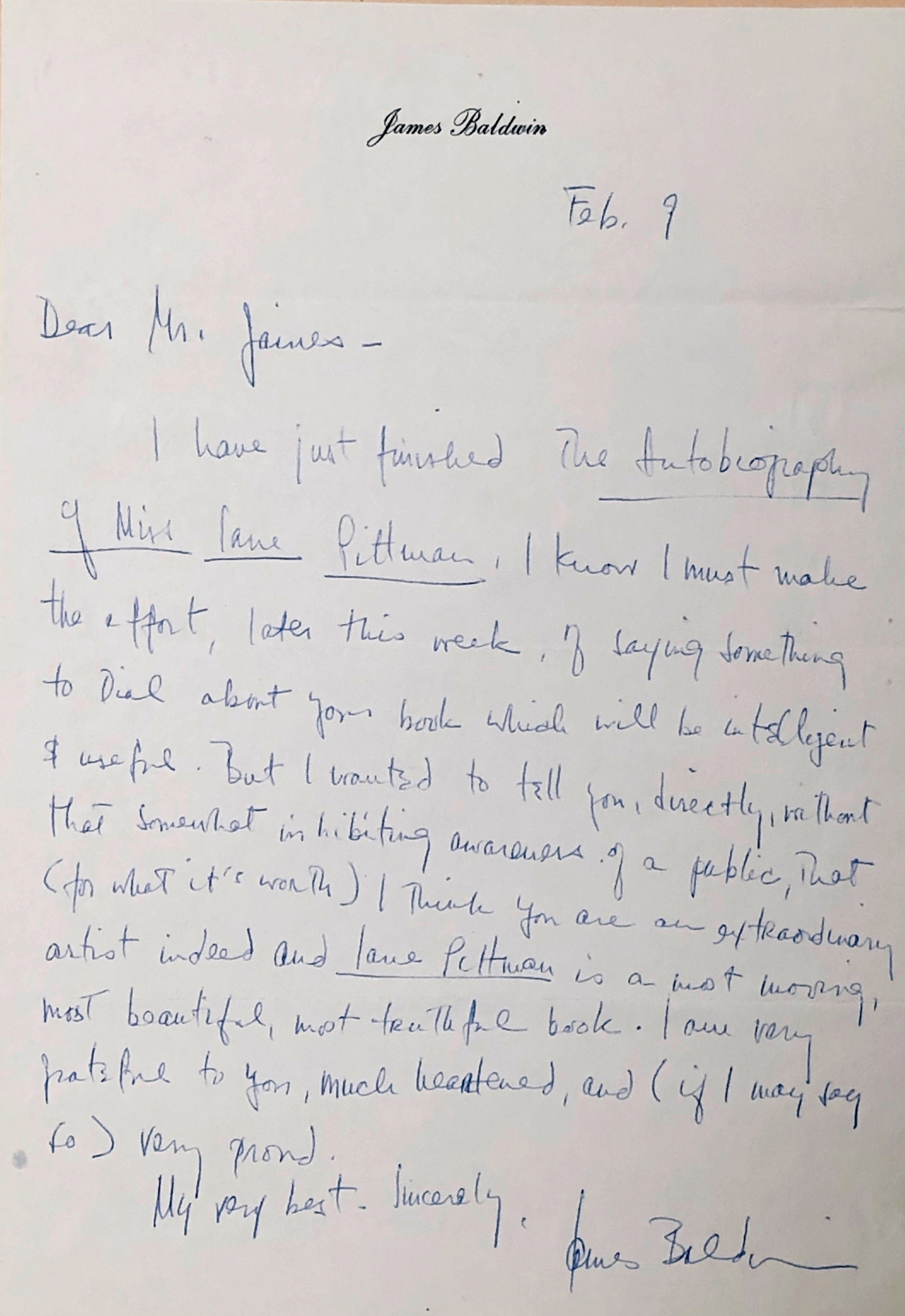 I have just finished The Autobiography of Miss Jane Pittman. I know I must make the effort, later this week, of saying something to Dial about your book which will be intelligent & useful. But I wanted to tell you, directly, without that somewhat inhibiting awareness of a public, that (for what it’s worth) I think you are an extraordinary artist indeed and Jane Pittman is a most moving, most beautiful, most truthful book. I am very grateful to you, much heartened, and (if I may say so) very proud. 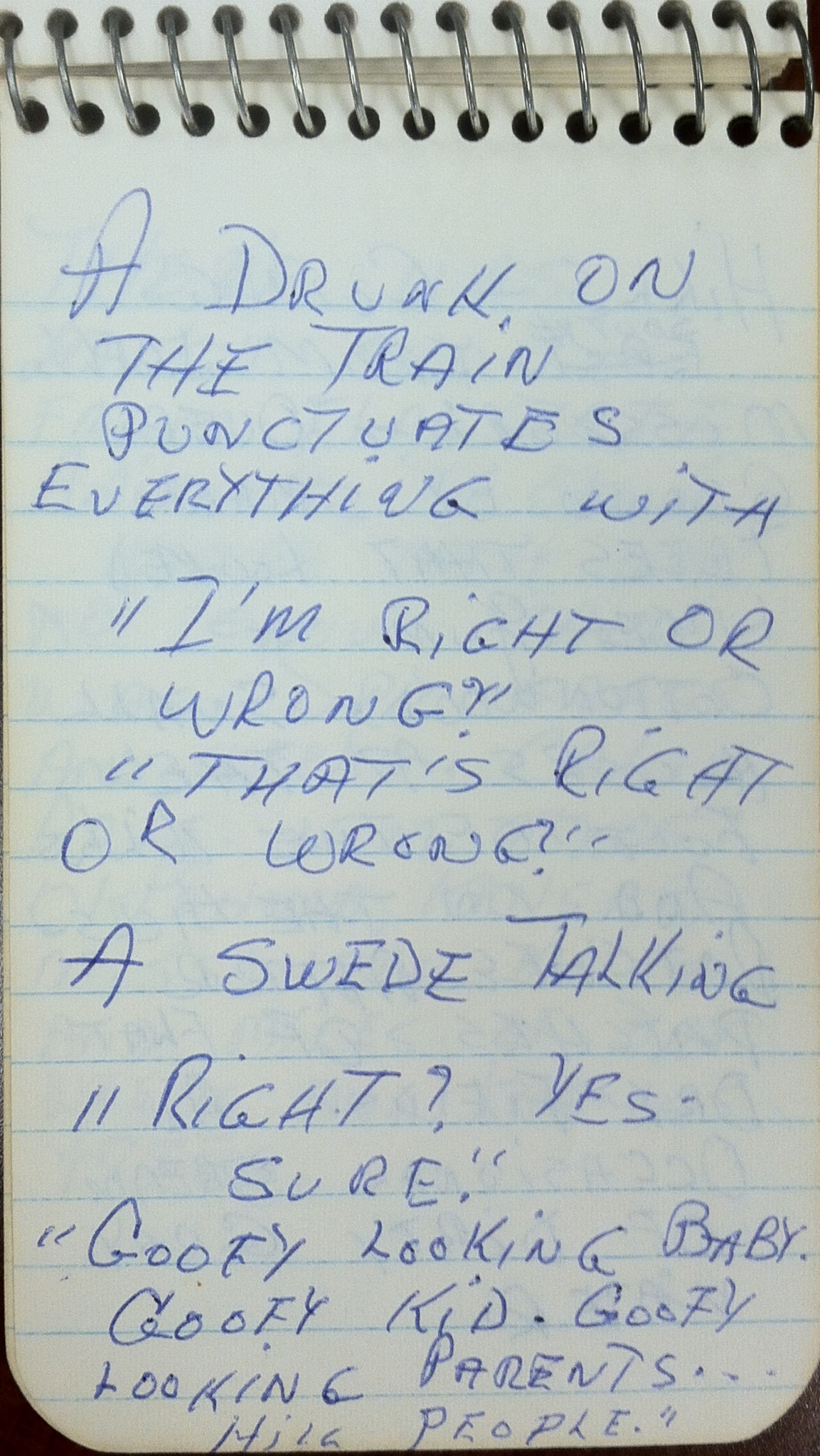 A drunk on the train punctuates everything with