Catherine Carmier is Ernest J. Gaines's first novel. When reading, one can see the themes and locales that populate all of his works in this novel. apart from some of the sources on this page and images on this site, there is not much online about this particular novel. However, there are some resources and media that will help with information about Gaines's life and career. Joseph Sanford directed Ernest Gaines: An Obsession of Mine, a documentary on Gaines's life and work. On his site, you can find videos, images, and information about Ernest Gaines.

This video is a conversation with Dr. Keith Clark (George Mason University) on Ernest Gaines's work and legacy.

Jackson also seems to be trapped. By leaving the plantation when he did, he is not able to adjust now that he has returned. This theme of the black becoming alienated from his own culture is a common theme in many black novels and short stories. Were you aware of Du Bois' treatment of this theme in The Souls of Black Folk or of Toomer's, in Cane?

No, I was not aware of this theme running through black literature. I've never really read all of Du Bois' The Souls of Black Folk and I did not read Toomer's Cane until long after I had written Catherine Carmier. But just as in any race of people, when a young man leaves an area to go to a more enlightened area it is hard for him to come back to his home. Thomas Wolfe said it, and it's been said since the beginning of time. Once I left the South, which I did when I was fifteen years old, it was hard for me to go back and act the same way with my friends and people. Oh, I could drink and talk with them, but when it came down to accepting certain things as they did, it was just about impossible for me to do. (31-32) 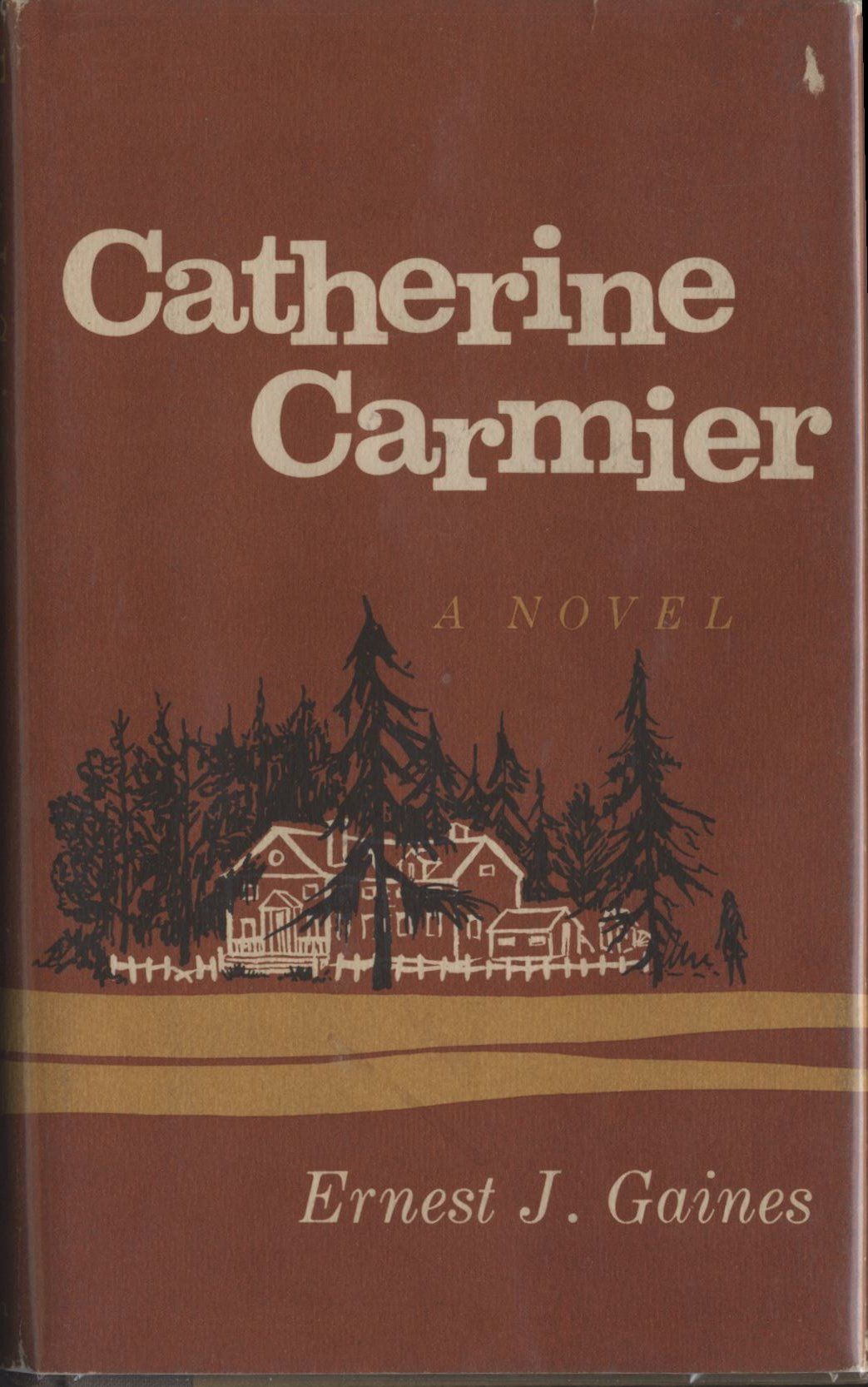 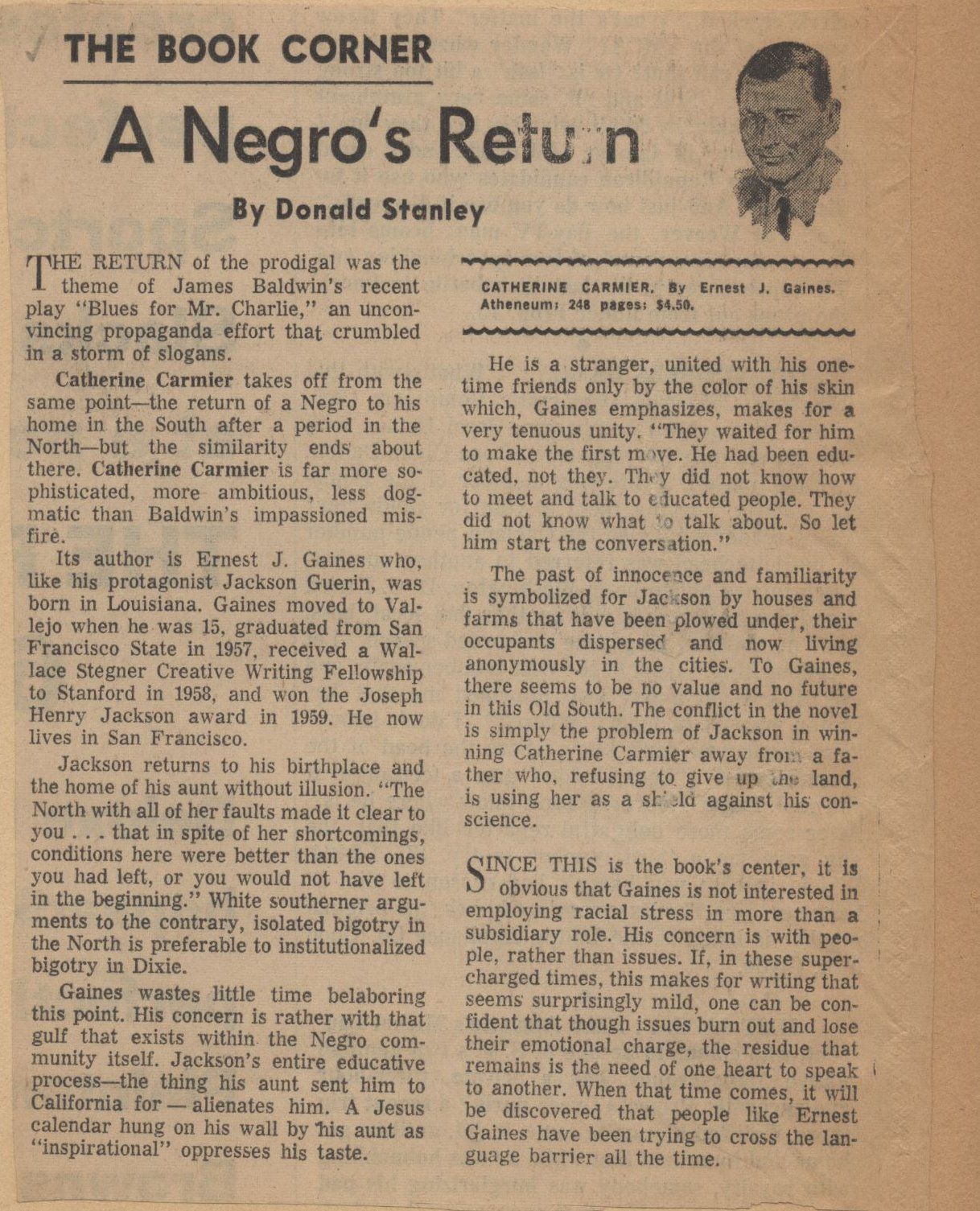