A Gathering of Old Men

Gaines on A Gathering of Old Men

On that sugar cane plantation in Louisiana where I was born, my people had lived for five generations. I knew a man, Mr. Walter Zeno, who died on that plantation in 1978, who had known my grandparents grandparents. As a child I had often heard my great aunt [speak] of Mom and Pop, but I had always thought she was talking about her parents and my grandparent’s parents. Mr. Zeno, who went by a variety of names—Pete, Ridley, Salute—told me that Mom and Pop were my grandparents grandparents. My ancestry has nothing to do with what I’m going to read, other than to point out that we had been on that same plantation for five generations. Six generations if you want to count my two brother’s children who were from there. But only five, if you wish to stop with my generation.

My older people were slaves who worked the land. After emancipation, my people would still work on that same plantation as free men. By the time I come along, 1933, the land was just being turned over to share-cropping.

Here, something else happened. Under the plantation system only blacks had worked the land. Once it was turned over to share-cropping the land was divided among blacks and whites, the whites being the Cajuns of that area.

By being white, the Cajuns would get the better land, the front land, the upper land. The blacks got the bottom land, the land nearest the swamps, the land with less drainage. As a result the front land, the upper land, grew better crop. When you grow better crop, you’re able to buy better tools, which result in growing even better crop. Soon there was a great division between white and black share croppers. Because the whites grew better crop, they were able to buy tractors, while the blacks still used mules and plows. One tractor did more work than six mules and [a] plow.

Swedish cover for A Gathering of Old Men 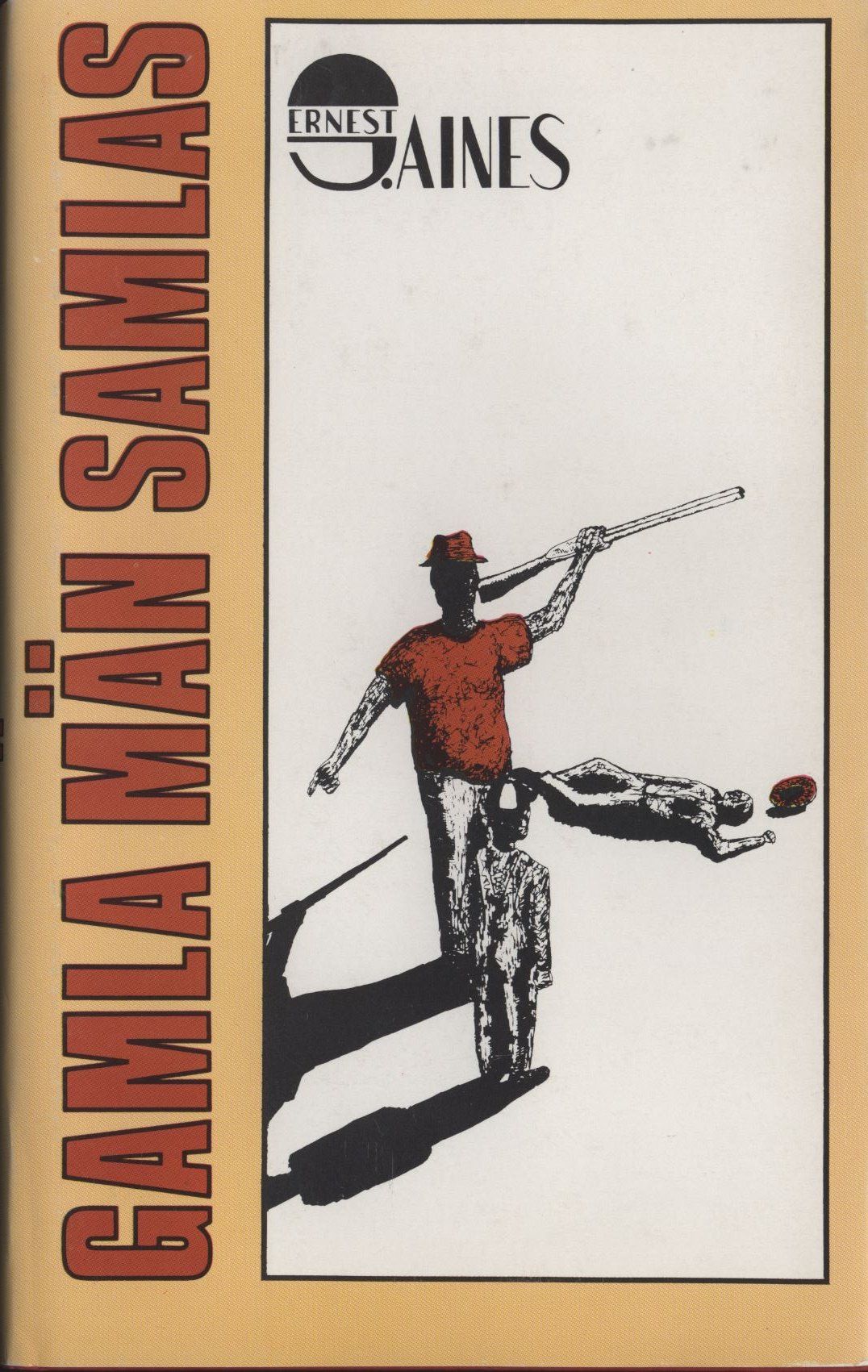 Review of A Gathering of Old Men

This is a review of A Gathering of Old Men from the October 23, 1983, edition of The Fresno Bee. It provides a short interview and discussion of the novel. 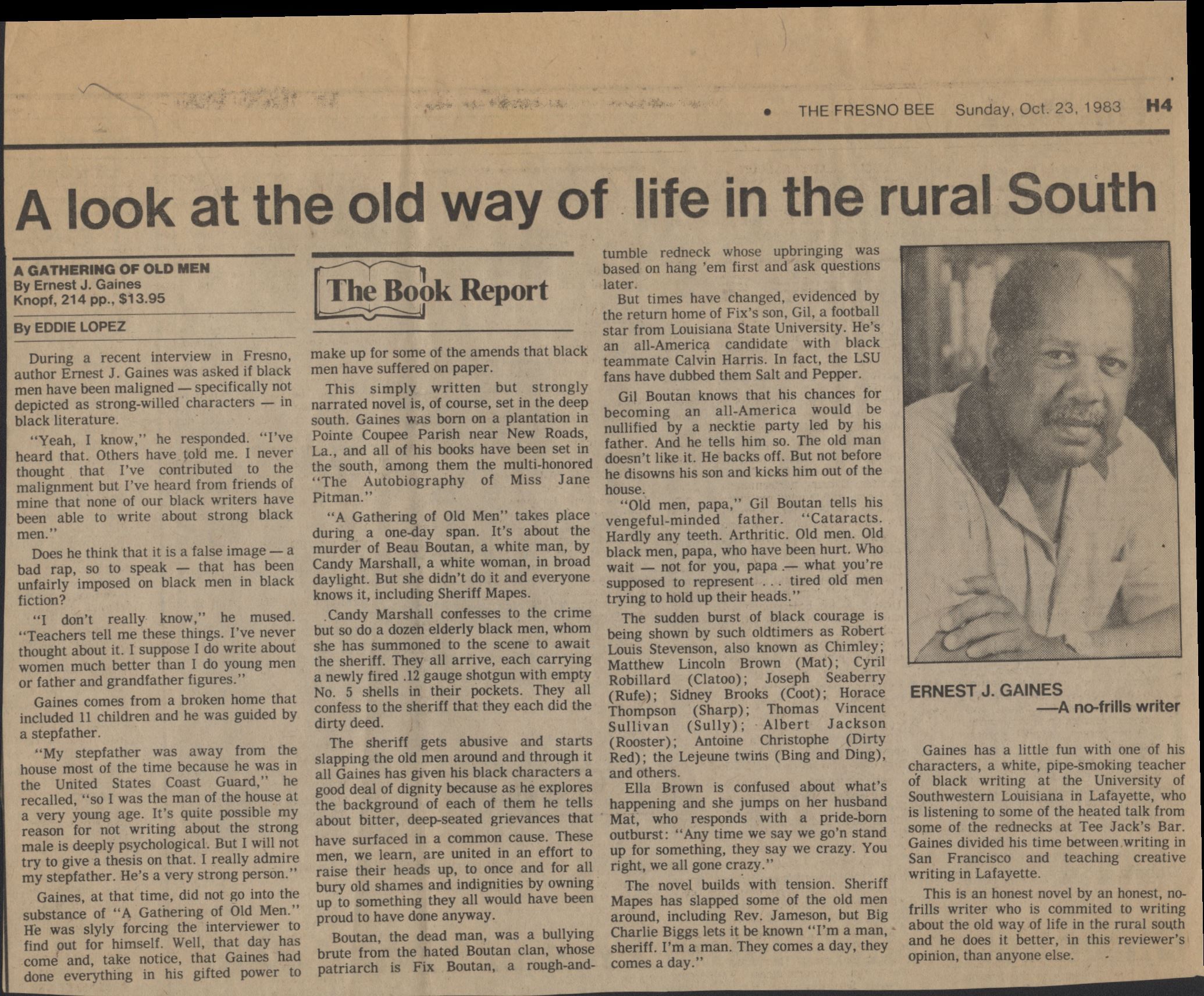 Comments from Dorethea Oppenheimer on Candy and on the novel's point of view. 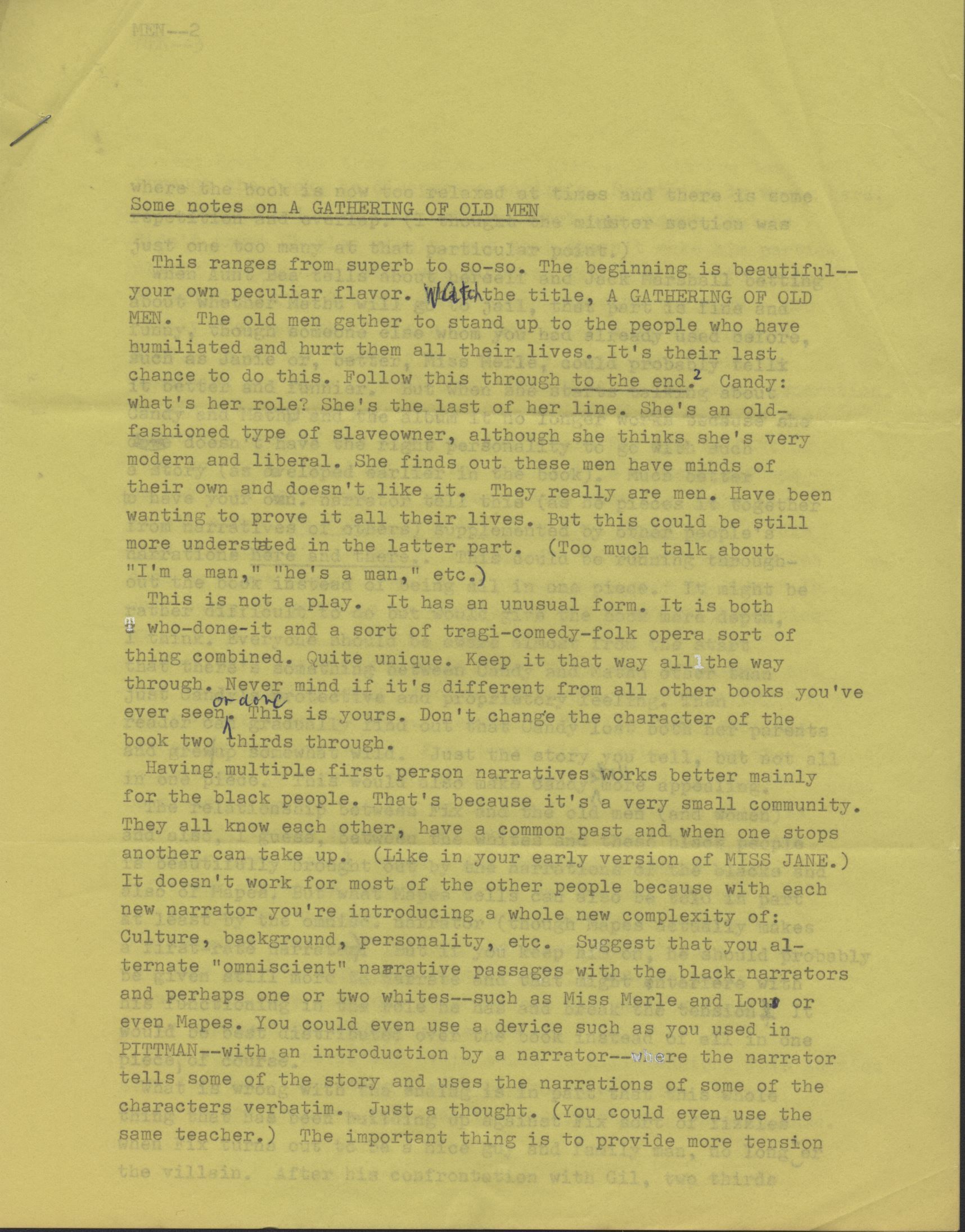 Draft of Sully as narrator 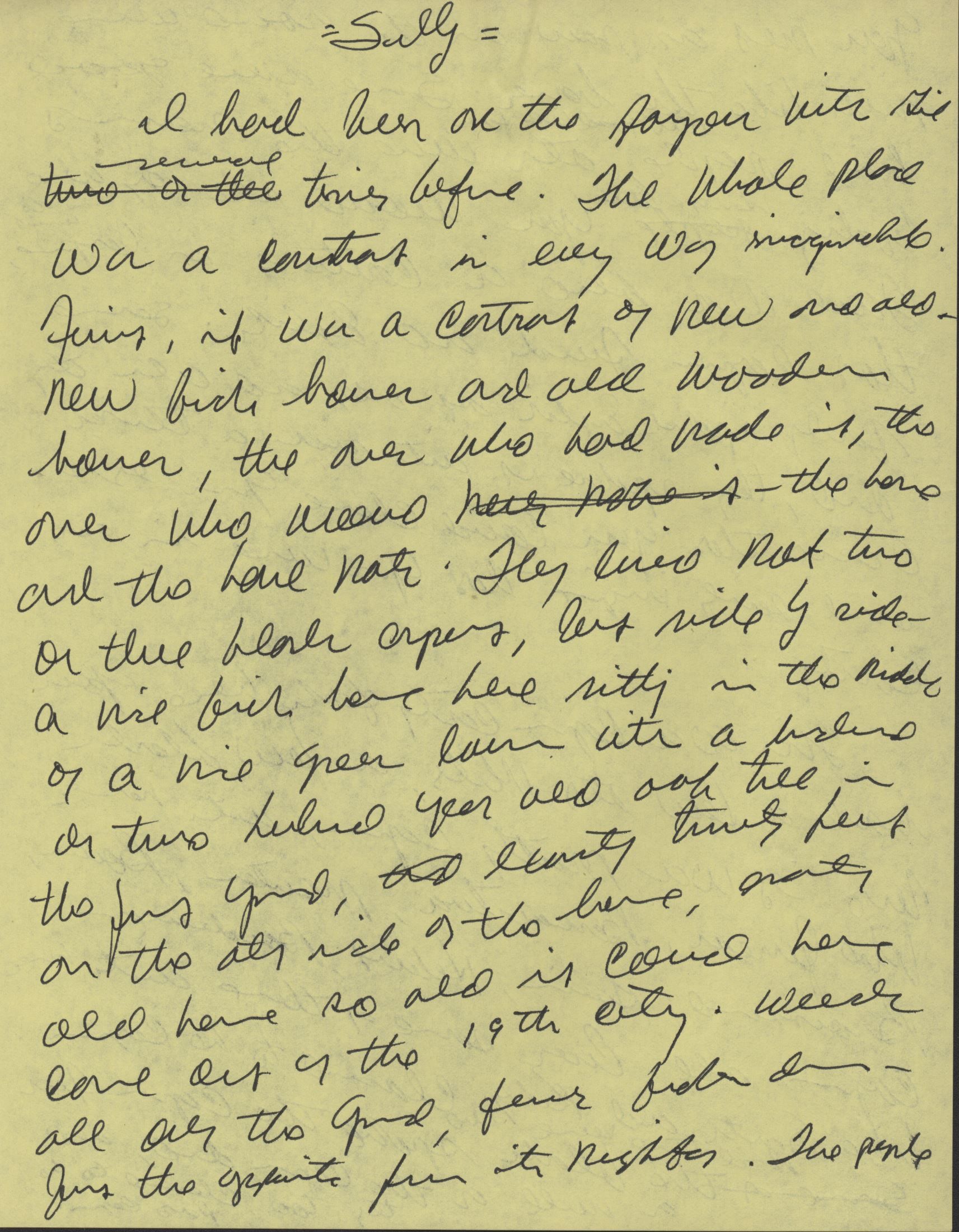