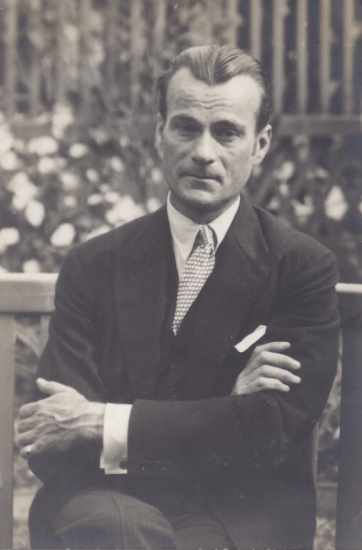 Jefferson Caffery (1886-1974) was born in Lafayette, La. His father, Charles D. Caffery, was a lawyer who served as Mayor of Lafayette from 1897 to 1903. He was influential in getting Southwestern Louisiana Industrial Institute sited in Lafayette. Caffery's mother, Catherine Parkerson Caffery came from a family prominent in getting the railroad built in South Louisiana in the 1880s.

Caffery attended SLII during its first year of operation (1901-1902) when it was basically a middle school - junior high school. He then went to Tulane for his undergraduate education. Later he taught chemistry and coached the track team at SLII for a year. He entered the United States Foreign Service in 1911 and retired in 1955. His distinguished career in diplomacy is outstanding both in length of service and in the importance of the posts he held. He served posts on every continent. His first appointment as Chief of Mission was in 1925. Thereafter he served as United States Ambassador to Colombia, Cuba, Brazil, France, and Egypt.

After retiring in 1955, Caffery and his wife lived part-time in Rome where he served as honorary private chamberlain to three Popes. They also spent part of each year in Lafayette. Caffery retained his ties with the University over the years. In 1971 he was awarded an honorary degree. He and his wife donated his papers, many artifacts, and money to the University.