The 2020 community read, Dry by New York Times bestselling author Neal Shusterman, is an amazing, timely novel. Co-written with his son Jarrod Shusterman, Dry is a ‘cli-fi’ (climate-fiction) survivalist thriller that explores “what would happen if all the water in Southern California ran out?” The story follows four teens that are thrust together as a matter of survival. The narration alternates between each teen’s unique perspective and their experiences. It’s a cautionary tale that may start conversations about natural resources, conservation, and sustainability.

In Neal Shusterman (Thunderhead) and son Jarrod’s near-future or alternate-present America, a prolonged drought (“the Tap-Out”) results in the sudden curtailment of Southern California’s water supply. When their parents vanish while seeking desalinated water, 16-year-old Alyssa and 10-year-old Garrett embark on a harrowing journey, searching for their parents and fending for themselves as society deteriorates. Along the way, the siblings pick up three teens: their survivalist neighbor Kelton, unpredictable lone wolf Jacqui, and calculating opportunist Henry. This thriller alternates between the teens’ distinct and plausible viewpoints, occasionally supplementing with brief “snapshots” of others (a fleeing family, a news anchor) dealing with the escalating catastrophe. The dynamic core-character relationships are satisfying, and the intersection of their narrative with the snapshots adds depth to briefly glimpsed characters and illuminates the full scale of the disaster. The lack of warning before the long-looming crisis breaks may require some initial suspension of disbelief, but the palpable desperation that pervades the plot as it thunders toward the ending feels true, giving it a chilling air of inevitability. It is also thoroughly effective as a study of how extreme circumstances can bring out people’s capacity for both panic and predation, ingenuity and altruism. Ages 12–up.

When a calamitous drought overtakes southern California, a group of teens must struggle to keep their lives and their humanity in this father-son collaboration.

When the Tap-Out hits and the state’s entire water supply runs dry, 16-year-old Alyssa Morrow and her little brother, Garrett, ration their Gatorade and try to be optimistic. That is, until their parents disappear, leaving them completely alone. Their neighbor Kelton McCracken was born into a survivalist family, but what use is that when it’s his family he has to survive? Kelton is determined to help Alyssa and Garrett, but with desperation comes danger, and he must lead them and two volatile new acquaintances on a perilous trek to safety and water. Occasionally interrupted by “snapshots” of perspectives outside the main plot, the narrative’s intensity steadily rises as self-interest turns deadly and friends turn on each other. No one does doom like Neal Shusterman (Thunderhead, 2018, etc.)—the breathtakingly jagged brink of apocalypse is only overshadowed by the sense that his dystopias lie just below the surface of readers’ fragile reality, a few thoughtless actions away. He and his debut novelist son have crafted a world of dark thirst and fiery desperation, which, despite the tendrils of hope that thread through the conclusion, feels alarmingly near to our future. There is an absence of racial markers, leaving characters’ identities open.

Neal Shusterman is the New York Times bestselling author of more than thirty award-winning books for children, teens, and adults, including the Unwind dystology, the Skinjacker trilogy, Downsiders, and Challenger Deep, which won the National Book Award. Scythe, the first book in his newest series, Arc of a Scythe, is a Michael L. Printz Honor Book. He also writes screenplays for motion pictures and television shows. Neal is the father of four, all of whom are talented writers and artists themselves. Visit Neal at StoryMan.com and Facebook.com/NealShusterman. 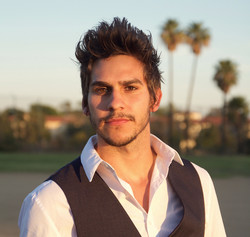 Jarrod Shusterman is the author of the short story “UnDevoured” in bestselling Unbound. He writes for film and television, and his talents extend to directing films and commercials. He was the story producer on the television movie Zedd—Moment of Clarity, and he and Neal Shusterman are adapting Dry for the screen. Jarrod lives in Los Angeles but enjoys traveling internationally, and is currently studying Spanish. He can be found on Instagram @JarrodShusterman.